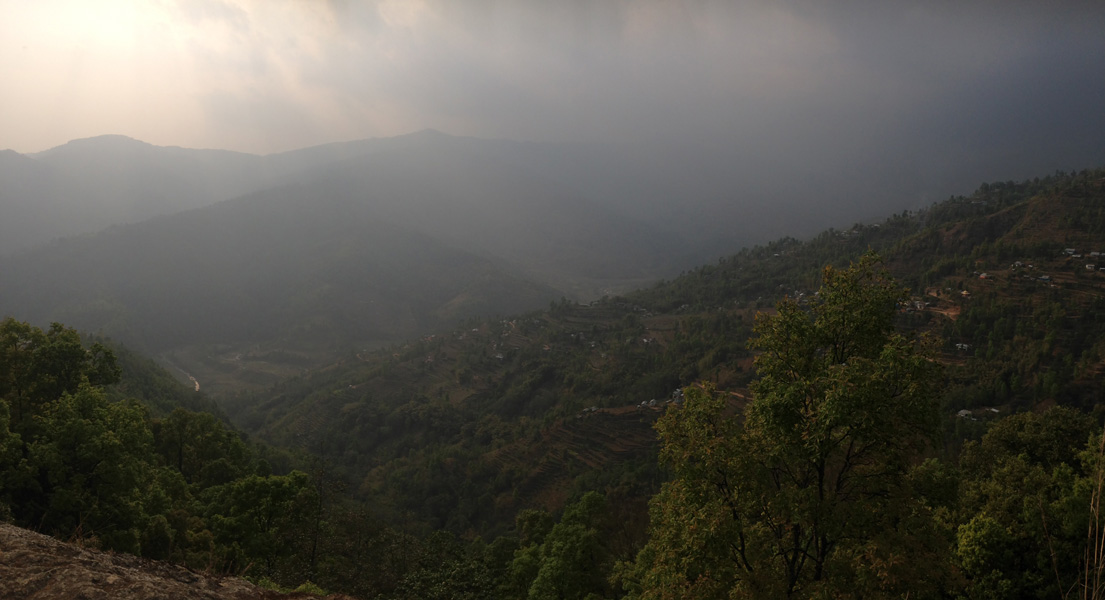 I came to Nepal I didn’t have any image so much.
By the way, I think that the staff in ‘Indian curry’ restaurants are Nepal people..

One problem happened in immigration office of the border city, Panitanki.

I didn’t have entry stamp in India.

I’ve known it. I’ve worried about it ever since entry in India.
The staff in immigration office talked to himself with serious face, “Big problem…”
Oh, I might be in no good situation?

The result was … I got expiration stamp after the staff called somebody on the phone. I guess that it was because I had entry stamp of Sikkim.

But then why could I get the stamp of Sikkim?
Next I got my VISA in Nepal border. I worried that I can pay the fee by Indian currency or not, but it worked. The fare of VISA for stay for 3 months was 6,700INR(100USD). Hmmm… expensive.

By the way, when I tried to go to Ilum, I almost got their harsh lesson.

The government official tourism staff (he called himself) talked to me.
**
Today the strike happened, so you can’t catch any bus. You can reach Ilum by only taxi.
I can prepare taxi for you. The price would be 3,100NPR.
**
I thought that it was too expensive compared with the market in India. Once I tried to look for other solutions. Then I couldn’t find any bus, but found sharing jeep to Ilum by 300NPR.

I didn’t know that every government official people can do like that here.

By the way, it was hard to stay in the jeep. Why were all passengers 18 people? I think that the maximum of the number was around 13 in North East India. Incidentally the size of the jeep was less than SURF made by TOYOTA a little.