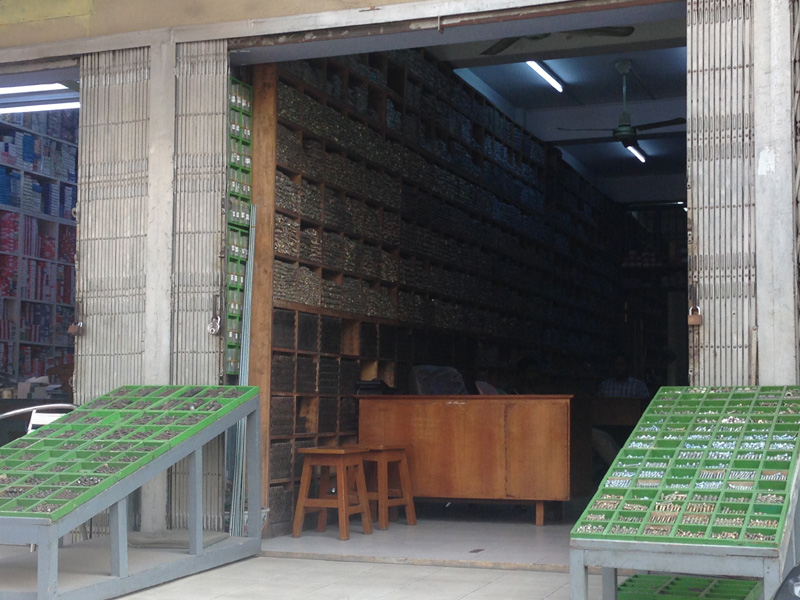 I could stop symptoms of cold until Mandalay because of loxonins. It might be prompt efficiency or it was fitting me well. But the symptoms of cold were starting to go away in Mandalay maybe because I moved many times. I think drinking beer was also the cause. In addition, I got a rash on the back of my right toe and digestive problems. Maybe a mysterious white vegetable caused the digestive problems. The taste was too bad … I don’t fit Myanmar.

Finally I finished all of my loxonins. Naotsugu Whom I met in the bus for Mandalay gave me some medicine, then I was staying in the hotel as I was taking some.

A few days later, I could get the permission to go to India when I would feel better again. So I headed to Tamu which was the border city.

The following is a supplementary information. Myanmar doesn’t have the cheap lodgings like guesthouse and hostel because of it’s history. Maybe. So the food was cheap, but the price of lodging is more expensive than other South East Asian countries.