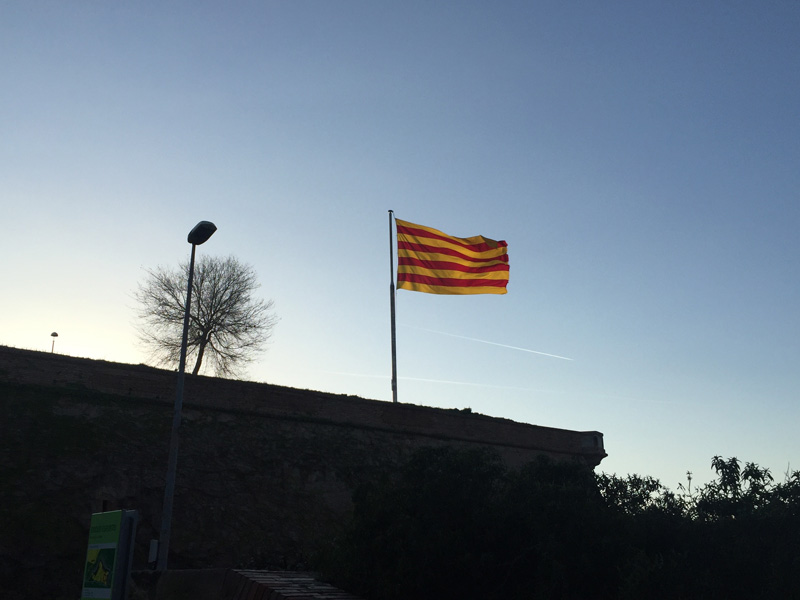 The first country for this traveling is… Spain.

First I visited my friend, Miquel’s place in Barcelona.

I reached his place around 1 am after doing this way and that.

Even that, he and his mother welcomed me with omelette and beer. It was the Muchas Gracias.

During staying in Barcelona, Miquel taught me many topics about Catalan something, Barcelona something… The thing about Barceloneta was also so interested for me, but I don’t have confidence to explain you about it. So I omit it in this time.

I explored the city by myself and sometimes Miquel or his mother took me nice places. Also they invited me her birthday’s party. I appreciated even only offering me the place to stay… I left nothing to be desired. At the first time, I had planed to stay there a few days… but I’ve already stayed more than 1 week… I don’t know how can I show them my appreciation completely. Very Gracias.

By the way, the theatre we can watch the movie (not recent one) with only 3€ surprised me. Of course, they didn’t have japanese subtitles but they had one japanese movie. Kirin Kiki and Masatoshi Nagase are main characters in that movie. But my schedule didn’t match with the movie. Then I chose the “Saul fia”. I thought the sounds was English, but unfortunately it was German and Hungarian. Of course, the subtitles was Catalan language. I could get the outline of story, but I couldn’t get most important point. (After coming back home, I got it with internet.) Okay, it was good memory.
The thing I got massage by a gay-ish Peruvian at the day before was also good memory now.

The summarization in Barcelona was… Gaudi’s building is nice. The argument by the flags is interesting. The young people’s life-style was close to my expect.