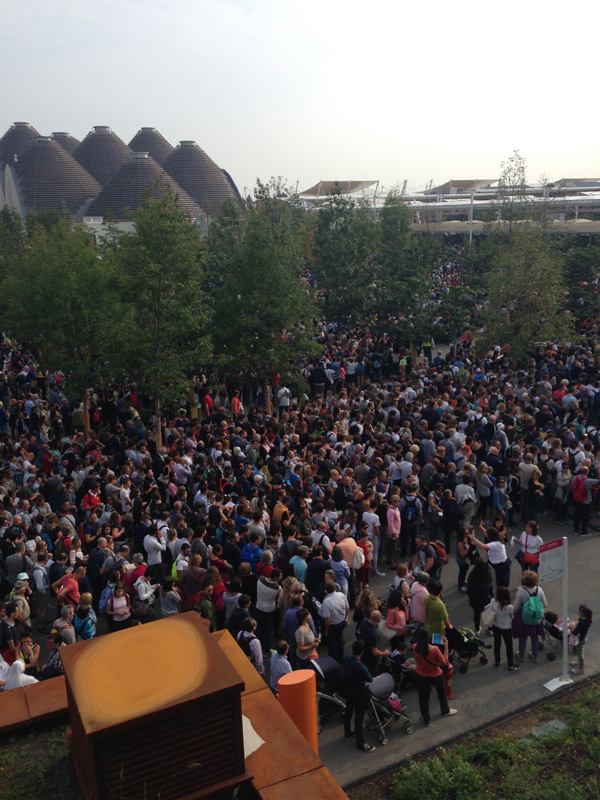 The one purpose I came to Milano is to visit Milano EXPO. I visited there alone for 2 days.

The pavilions of the popular countries had such long queues. Particularly well-know Asian countries, China, South Korea and Japan, maybe because most of the visitors seemed to be from Western countries.
The Japanese pavilion was one of the places I really wanted to go, but I would have to had to wait for over five hours, after 10 minutes I gave up. I thought forming long queues was like a patent for only Japanese people, but western visitors in the EXPO also did that. It surprised me a little.
I saw many drinking water fountains which had NORMAL water* and sparkling water in the EXPO. That’s Europe. I wonder how about Beijing EXPO and Aichi EXPO… I’ve been to Aich EXPO, but don’t remember about the water.
*It mean natural water. Sparkling water isn’t so common in my country. 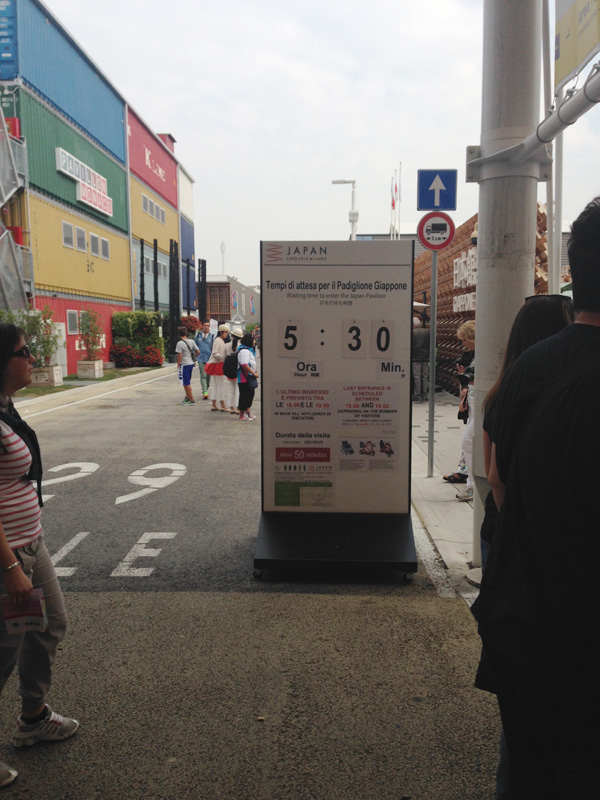 After visiting the EXPO on the 2nd day, I went to the Sake festival with the people from the Japan-Italy cultural association (hereinafter called “ACGI”). Because I was invited to the festival by them. I didn’t feel comfortable staying there. I thought it wasn’t suitable for me because I wasn’t dressed formally, I was a dirty backpacker. I was overwhelmed with shame. But I soon completely forgot about that feeling, because I was busy tasting many glasses of sake, chatting with the people and getting drunk.
I can’t deny the decorations at the venue of the Sake event were poor… The president of ACGI also complained, “They have this event in MILANO and many good sakes, but what is this place…”. It made me think the words, “Cool Japan” on the freebies were a shame… (Don’t mention who do I think I am.)

After that, we went to eat mussels including starting drinking again.
They were so delicious! Delicious. The white wine also was delicious. Hmm… delicious. This was a treat from the people of ACGI.

All of above were good experiences for me. I can say the highlight was the mussels.
Italian food is awesome.